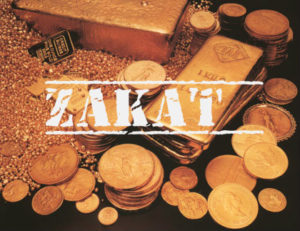 Literal meaning: To ‘grow’ (in goodness), purify or bless. It is taken from the word Zaka In the context of the sharee’ah, it means: A fixed amount of capital to be paid at a specific period to certain groups of people.

IS ZAKAAH COMPULSORY IN ISLAM?

Zakaah is an obligatory act of worship and is also the third pillar of Islam. Allaah said : And perform As-salaat and give zakah (An-Nur :56). The prophet said: Islam is built on five pillars: bearing witness that there is no deity worthy of worship except Allah and that Muhammad is His servant and messenger, performing salaat, paying zakaah,going to Hajj and sawm ( agreed upon) Anyone who denies the obligation of zakaah has disbelieved in the totality of Islam according to the con census of the ummah, if he has been informed about it’s obligation, this is because he has belied Allaah and His Messenger.

WHO HAS TO PAY ZAKAAH?

Zakaah is obligatory on a free Muslim (who is not a slave) whose wealth reaches the nisaab (a particular amount that the wealth must reach before zakaah becomes compulsory on it, and it varies from one property to another).

1. The poor( the one who has nothing)
2. The needy ( the one who has, but very little to cater for himself and his family)
3. Its administrator( those who collect it and distribute it)
4. Those whose hearts are inclined towards Islam
5. The slaves
6. Debtors
7. For Allah’s cause( jihad, da’wah if sadaqah cannot sustain them)
8.The wayfarer

WHAT IS THE DIFFERENCE BETWEEN ZAKAAH AND ZAKAAT UL FITR?

Zakaatul fitr is paid at the end of Ramadan. It is only paid with food, and has no connection with nisaab, in as much individuals have the ability, it should be paid for every member of the family by the head of the family. While zakaah is the is the 3rd pillar of Islaam, it is due only on those qualifies to pay it.

WHAT ARE THE ZAKATABLE ITEMS?